In the last couple of decades, coaching has become increasingly popular in businesses and organisations, especially the larger ones. It’s mostly senior managers that benefit, and it’s mostly offered to help them develop as individuals.

Coaching, especially at the more senior levels, is provided by external coaches. And, while a growing number of larger firms are developing internal coaching capacity, there are serious doubts about the quality of training and support internal coaches receive. A third get no support or development at all. This is alarming given that poor coaching may do more harm than good.

The lack of support and development is surprising given that businesses offering coaching almost unanimously report significant benefits to the individual and the business or organisation. Even more surprising, given these obvious benefits, is the fact coaching is often seen as a tool to fix executive or organisational underperformance. It should be seen as a way to achieve growth, better performance, competitive advantage and resilience.

It is hard to understand the logic of limiting availability to senior executives, given the positive impact that users report. Why do boards and executives not make it available throughout the workforce and use it to establish a coaching culture?

One reason may be the challenge of accurately measuring return on investment. The other may be the lack of sufficient internal coaching capability and capacity. But, perhaps the biggest reason, is the number of firms that see it as a personal development tool is double the number who regard it as a way to improve organisational performance. This is a very limiting view of coaching and a lost opportunity.

Slowly, things are changing. Driven by many factors, the role of the leader and views on appropriate leadership styles are evolving. Perhaps the biggest drivers are the move from an industrial to a knowledge economy; a shift from hierarchical to flat networked organisational structures; and the need for fluid structures to increase the speed of agile responses to the disruption of business models by digitisation, deregulation, global competition and other factors.

Change is the common result of all these drivers. And managing continuous change requires different leadership skills to those that were focused on defending a competitive position and the drive for efficiency and profit maximisation.

Another major factor in forcing the need for a different style of leadership has been the shift in power structures, between firms and their customers, between firms and their employees, and between firms and their other stakeholders. The power shifts mean that saying “our people are our greatest asset” must be more than cynical rhetoric. Today, they really are the most valuable assets, and traditional assets have little value, no value, or have become liabilities in the case of legacy systems for example, and reduce the speed at what a company can change.

Consider this. Manufacturing accounts for only 5-7% of the value of an iPhone, while Apple’s profit margins are 30-60%. The value per employee generated by Foxconn, the manufacturer of the iPhone, is $2,000 a year, while an employee at Apple creates value of more than $640,000 a year.

This knowledge economy trend makes it very difficult to understand why more firms have not yet woken up to the benefits of a coaching culture, nor adopted a systematic approach to the coaching of their people at all levels.

In an illustration of the scale of the opportunity (and the size of the challenge), the Chartered Institute of Personnel Development (CIPD) in its most recent report says, “Our findings suggest that most organisations would benefit from targeted investment in their leadership capability, particularly on people issues”. They note that the HR trend is for firms to transfer HR responsibilities to line managers but, “In just 44% of organisations, line managers receive formal training when they take on these responsibilities” and “Just 25% of employers offer both formal training and ongoing support”.

The big change here is not only the fact coaching will become the approach of all leaders within a coaching culture. It is that coaching will also be regarded as more than a means of achieving personal development. Enlightened firms already regard it as a critically important tool in the corporate growth and development toolkit, and a major source of competitive advantage.

In saying this I do not attempt to devalue the traditional role of coaching in helping executives make sense of their world and in improving their effectiveness. It helps them get more value from what they do, and be more valuable to the firms they work for. I merely point out that it can do the same for every employee, making everyone feel far more valued, and of far more value to the firm.

In this respect, coaching as a culture, and as a leadership style, is a means of practising the philosophy of Valueism, a concept I have been developing for some time. It suggests that the purpose of a business or organisation is to create value (not only monetary value), for all stakeholders. Coaching helps create more meaningful and valuable work for the employee, the executive, and other stakeholders. For these reasons if is a better form of leadership than that which is focused on competing in the game of profit maximisation and corporate greed.

Recently I met the CEO of a specialist advisory firm providing coaching support to senior executives in leadership positions in larger corporations internationally. Nick Marson, who has been coaching the coaches for close to two decades, was just finishing writing his book when I met him. The name of the book is Leading by Coaching (available later this year).

Nick wanted help in finding a publisher, but I also suggested he use the name to re-brand his company too. We’ve since registered the domain name and trademark, created the identity, and built the website. The book is also now structured in three sections to support a three-day course for leaders who wish to adopt the new leading by coaching approach and establish a coaching culture in their organisations. This will allow them to lead in the age of disruption.

The approach and course will be introduced in half-day introductory workshops offered monthly from May 10th in London (and other cities internationally, subject to demand).

Nick has been speaking to Eurojuris about what can give their members a competitive advantage...

I don’t have time for better conversations

Looking forward to the CIPD Festival of Work Conference 2019 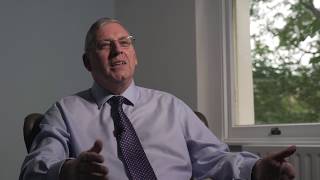 Nick explains what Leading by Coaching is all about

No tags yet.
bottom of page